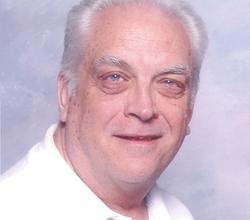 BOUNTIFUL, UT-Three and one-half weeks after celebrating Christmas with all of his children and most of the grandchildren/great grandchildren, Clayton Eugene Memmott left us unexpectedly after a five year struggle with his health. He passed on to a marvelous reunion with his parents and family members who preceded him in death. A glorious reunion it was indeed, as he worked many years in strengthening family ties through his work in the Memmott Family Organization by gathering, organizing and writing the family history, one ancestor at a time. He died on Saturday, January 19, at 11:30 am at Lakeview Hospital, where the doctors and nurses worked tirelessly to save his life. He was born on June 11, 1943 at the Salt Lake Regional Hospital to Maurine Verdell Kjelstrom and Arthur Eugene Memmott. He was the first of nine children and was raised in both Salt Lake City and in various cities in California. Clayton was baptized on the 23rd of April, 1952 in Salt Lake City at the Salt Lake Tabernacle and Confirmed on May 4th, 1952. During his life, Clay held many church callings which included Sunday School Counselor, Family History Consultant, High Priest Group Secretary, Ward Historian, etc.
While stationed at Malmstrom, AFB, Great Falls Montana, Clayton met Mary Ellen Russell at a LDS Church dance, and from there they twirled through forty-nine years of a joyful loving marriage. They were married at the Great Falls First Ward in Great Falls MT. on October 19, 1963 and later endowed, married, and sealed for all time and eternity at the Cardston, Alberta, Canada Temple on January 15, 1977. From 1963-1979, they lived in Great Falls, Montana (where their first- born, Kimberly was born in 1964 at Malmstrom AFB.), with the exception of a three year Air Force deployment (1965-1968) to Anchorage Alaska (where Kristine and Matthew were born on Elmendorf AFB).
Clayton and his family moved to West Bountiful, Utah in the summer of 1979. In 1980, Tyrel was born. When Mary's parents needed caregiving, they built a home in Centerville, Utah (1984) where he helped care for Mary's father (until his death in 1985) and her mother until her death in 2004. He cared for them as if they were his own parents. You could find Clay regularly visiting his parents, grandparents aunts, uncles, brothers and sisters while he was well. He always held family ties as a close and personal blessing.
Clayton spent 16 years in the United States Air Force, discharged as a TSGT (E-6) and received several Air Force Commendation Medals. The award recorded, "Staff Sergeant Clayton E. Memmott distinguished himself by meritorious service while assigned as a Noncommissioned Officer in Charge from 1 Jan. 1970- 30 Nov. 1971. During this period he consistently demonstrated outstanding technical knowledge and leadership abilities in the performance of his duty.
His innate management ability and insistence upon professionalism were important contributing factors to the mission effectiveness of his organization. The distinctive accomplishments of Sergeant Memmott reflect credit upon himself and the United States Air Force." For the last 8 years in the Air Force, Clay served as an USA Air Force recruiter. After his discharge, Clayton owned and operated Montgomery Ward Catalog store in Bountiful, Utah. He then worked at Hill AFB until 1992 when he retired from the US government.
Clay was called to serve as Vice-President in the Memmott Family Organization in 1985. When first called he said, "I am humbled by this call and feel very inadequate, so will need a lot of help. I am very interested in learning more about my roots and will do all I can to support the fine programs on the agenda. Thanks for giving me a chance to serve." All together he provided 27 years of outstanding service as Vice- Pres. President, Bulletin Editor, and Genealogist for the organization up until his death in 2013. He made Family History his life ambition and loved the service he was able to give. Clayton was interested in movies and served as an extra on several, "Touched By An Angel" episodes and on, the movie, "The Stand." He also was involved in politics and served as a Delegate to the Utah State Republican convention in 1994 and 2000.
Family was extremely important to Clayton. He made sure that he was always there for them extremely honest, kept his word, helped when he could, and loved the sound of his children laughing and was frustrated during his illness because he could not serve as he desired. He had four years of college and was an avid reader which led to his remarkable knowledge and memory. Clayton leaves behind his wife, Mary E. Memmott; daughters, Kimberly A. Daniels (David), Kristine Hewitt(Dave); sons Matthew N. Memmott (Claudia), Tyrel N. Memmott (Anu); 8 grandchildren, 4 great-grandchildren; brothers, Ronald Bryan, Thomas Lenny, Micheal Arthur, and Patrick Memmott; sisters Lottie Susan Johnson , Maurine Bonny Ingle, Connie Verdell Richards, and Sandra Annette Memmott. Clayton was preceded in death by his parents, Mom and Dad Memmott and Mom and Dad Russell, grandparents, and his nephew Rocky Blaine Raddan. Funeral services will be held at 11:00 a.m., Saturday, January 26, 2013 at the Jennings Lane Ward, LDS Church at 1451 North Main Street, Centerville, UT. Friends and Family may visit Friday, between 6 and 9 p.m. at Russon Brothers Mortuary, 295 N. Main Bountiful, UT or at 10 am-11:00 am at the church. Interment will be at the Centerville City Cemetery at 600 E. 400 S., Centerville, Utah. Online guestbook at www.russonmortuary.com